In the Eye of the Hurricane with Ken Klonsky 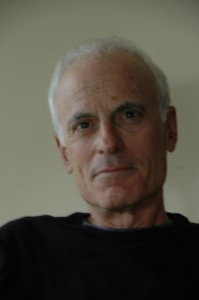 My guest for the second episode of #ForWhatitsWorth is #KenKlonsky, Director of
#InnocenceInternational, an organization founded by the late #RubinHurricaneCarter, Middleweight World boxing Champion Contender who was incarcerated for twenty years for a crime he didn’t commit.

Ken is the author of a number of books, including “Eye of the Hurricane”  - My Path Through Darkness to Freedom which he co-authored with Carter, Freeing David McCallum - the Last Miracle of Rubin "Hurricane" Carter, along with a number of short stories and plays including, Songs of Aging Children and Life Without
Ken is a sought after subject matter expert on the topic of wrongful convictions and the vagaries of the criminal justice system. He was featured in the Netflix Documentary Series, The Confession Tapes, which brought to light, the questionable RCMP practice called “Mr. Big”, a sting tactic which is used to exact confessions from people, for crimes they didn’t commit.

Ken worked closely with Carter, and Innocence international (http://kenklonsky.com/ ) for the last 16 years, and during this time has seen, and experienced first hand, the inequality and discriminatory practices that exists within both the American and Canadian Judicial Systems. Since Carter’s death in 2014, Ken and Innocence International, has continued to seek justice for the wrongfully convicted in both Canada and the United State.
Ken was born in New York City, lived in the Bronx as a child and grew up on Long Island, both in Long Beach and Rockville Centre. He attended the University of Vermont and moved to Toronto in 1967 to attend graduate school. Ken and his wife now live in Vancouver, British Columbia.

Ken Klonsky personifies "Humanitarian". Throughout his career he has challenged the injustices he sees in the world. His work in the area social justice and specifically the plight of the wrongfully convicted is nothing short of extraordinary. Ken worked closely with middle weight boxing champion contender Rubin Hurricane Carter and Innocence International for almost 16 years, on behalf of the wrongfully convicted. Ken used the proceeds of his inheritance and more, to ensure Carter and Innocence International would be able to continue to be champions for victims of the flawed criminal justice system.
I have known Ken for almost 30 years, first as a teaching colleague at Vaughan Road Collegiate in Toronto; as a co-collaborator (co-conspirator) in 7 theatrical productions including the documentary film, "Just Watch" which chronicles the inner city student cast of the play "Savage Love" over the course of three months of rehearsals, culminating in the winning of the National Showcase of the 50th Anniversary of Sears Drama Festival; Ken also participated in a number of research initiatives I was conducting during my tenure with the Institute for Knowledge Innovation and Technology at the University of Toronto.
In this episode of #ForWhatit'sWorth, Ken explains from a historical context, the perceptions of racism between those in the southern U.S. and those in the north. He challenges us to "be the change we want to see happen in the world" and discusses what he sees as the root of systemic racism - the rise of neo-liberal capitalism along with the weakening of unions as a countervailing force, resulting in the mass socio-economic inequality we currently see particularly in the United States of America, where the top 1% of the population controls over 50% of entire assets of the Country...For What it's Worth