Comes a time when, as a result of unprecedented events, we need to consider change at the systemic level. The current Pandemic has illustrated many things, some good and others not so good.

The roll out of Canada Emergency Response Benefit (CERB) has demonstrated how agile our government can be in times of crisis, abandoning bureaucratic process in favour of effectiveness and impact. We have seen Leaders across the Provinces working together in a united effort to keep us all safe - assuming collective responsibility for outcomes. We have been forced to develop a mindset for change out of pure necessity - Actively embracing change and becoming agents of change ; We have been experimental because we didn't have all the answers; We have engaged in rapid prototyping and we have had to take risks, be resilient and reflective.

The Pandemic has “laid bare” many deficiencies that make up the structures that govern our society, and inequities among citizens, which we now must take responsibility for solving…

The pandemic has illustrated most acutely the growing socio-economic divide - The impact of COVID 19 has been particularly devastating on the poor and the ethnic minorities in our society. As Canadians, we have a front row seat to the drama playing out south of the border which illustrates what can happen when the gap between the haves and have nots; between the rich and poor becomes too large.

The future of our economy is at best uncertain - with mounting job losses, businesses shuttering across the country; the changing nature of work and school; the shifting economic and political relationships between, and amongst nations; the mounting climate crisis.

These are big, complex challenges requiring us to engage in social innovation; To consider bold ideas to protect the health and well being of our citizens and our nation as a whole.

One such idea we need to seriously consider is the implementation of Basic Income for Canada. 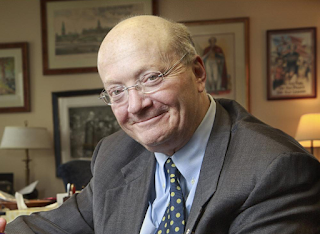 OC OOnt CD (born October 13, 1950) is a Canadian political strategist, author, commentator, academic and former senator. He served as Chief of Staff to Ontario Premier Bill Davis and later to Canadian Prime Minister Brian Mulroney. Segal resigned from the Senate of Canada effective June 15, 2014, as a result of his appointment as Master (later Principal) of Massey College in Toronto.
Segal graduated from the University of Ottawa and was an aide to federal Progressive Conservative Leader of the Opposition Robert Stanfield in the early 1970s, while still a university student.
Segal was appointed to the Senate of Canada by Liberal Prime Minister Paul Martin. He was the chairman of the Senate Foreign Affairs Committee and later served as Chair of the Special Senate Committee on Anti-Terrorism.
He is a Red Tory in the tradition of Benjamin Disraeli, Sir John A. Macdonald, John George Diefenbaker and his mentors Robert Stanfield, Bill Davis and in particular his very close friend, David MacDonald.
His political philosophy stresses the common good and promotes social harmony between classes. It is often associated with One Nation Conservatism. The focus is on order, good government and mutual responsibility. Individual rights and personal freedom are not considered absolute. In his book Beyond Greed: A Traditional Conservative Confronts Neo-Conservative Excess (Toronto: Stoddart, 1997), Segal sought to distinguish what he called "traditional" conservatives from neo-conservatives, notably those in the United States.
On 6 June 2012, Segal had a comment published in the National Post[5] outlining his views on Basic Income. In December 2012, Segal published an essay[6] in the Literary Review of Canada promoting the benefits of a guaranteed annual income. In 2019, Hugh Segal published, "#BootStrapsNeedBoots" - One Tory's Lonely Fight to End Poverty in Canada.