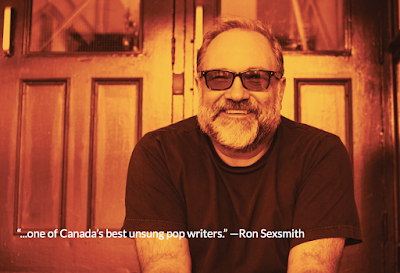 In “normal” times, Blair Packham would probably be up to something cool.

He might be co-writing a song for his next album, or singing on a ship above the Arctic Circle. He could be playing a show on Camden Street in Dublin, or in Vancouver teaching a class in songwriting, or writing songs for a Sesame Street kids’ cartoon in his studio in Toronto.

Instead, during these strange times, Blair has been mostly hunkered down in his studio, working on an album by The Impossible Dream, Blair’s acoustic trio. “The other guys and I have been bouncing stuff back and forth to each other, and when the song feels ‘done,’ I try to mix it to finish it off.” Jim Nielsen, the trio’s acoustic bass player also adds harmony vocals, and percussionist Andy Humphrey also sings and offers arrangement ideas. “Andy’s been really good about making sure the recordings still sound like ‘us’,” Blair says, adding, “We’ve tried to make an album that’s mostly just acoustic guitar and vocal, backed up by bass, drums, and backing vocals. Not too much production, not too much reverb, more natural-sounding.” 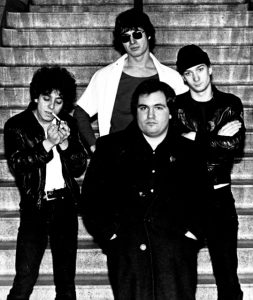 Blair has been writing songs for over 40 years. As    leader of The Jitters, his band in the 1980s, Blair crossed Canada countless times playing and singing the band’s hits
“Last of the Red Hot Fools,” “Closer Every Day,” ‘Til the Fever Breaks,” and “The Bridge Is Burning.” Whether opening shows for legends like The Kinks, Heart, Huey Lewis and the News, The Byrds, or sharing stages with Blue Rodeo, Gowan, the Northern Pikes, The Jitters were dynamic, melodic, and definite crowd-pleasers.  The Impossible Dream will debut with a series of singles, released over the next few months, eventually adding up to an album to be called “Song Food.” The first song is called “Funny How,” which Blair describes as “a work of fiction that came true.” A natural storyteller who enjoys his time on stage, Blair and the band can’t wait for things to “normalise” even a little so that they can return to live performances. Don’t be surprised to see them popping up this spring and summer in various Toronto parks.

Buy from the Store