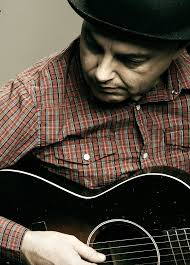 I first met Douglas through my friend Ken Rosenberg when Ken sent me a copy of "Old Guitar" a story Douglas had written about his old Gibson L3, a guitar which closely resembled the one used by the great Robert Johnson in the famous photograph.

I was so intrigued by the story, I asked Douglas to come on our series "In the Company of Readers and Writers". In Fact "Old Guitar" became the inspiration for our premier episode aptly called, "The Old Guitar".

Douglas provided me with a a number of songs he had written and composed on the "Old Guitar" ...and I absolutely loved them. So much so that I wanted to have Douglas and his songs as part of our #PasstheJam music series ..and here we are. 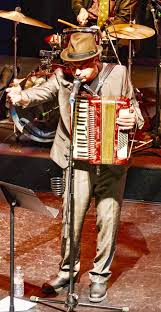 Douglas's experiences as a musician, singer, song writer, and composer span five decades - a remarkable achievement by any measure. He has ridden the rock 'n roll "roller coaster" and throughout has remained a "life long learner" constantly stretching himself to improve; to master new instruments and to find new inspiration for his songwriting.

I've met a great many musicians in my life time, but I have encountered very few that have such an obvious commitment to their craft.

Generous and humble to a fault, Douglas imparts such gentle wisdom in this interview. Always open, humble and self-effacing, he is the consummate teacher, focused on the growth of others, understanding that their growth and success also helps him grow. 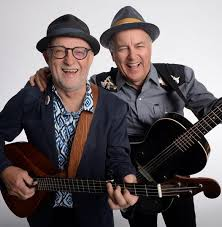 Listening to him speaking with our current #artistinresidence, Heather Gemmell, a young, emerging talent, was simply a joy for me and exactly what I had hoped for when we launched our #passthejam sereies - musicians supporting musicians; sharing stories, learning from one another, and ultimately providing the rest of us with the opportunity to experience and to learn along with them; to hear great music and their equally great stories