Bill Payne is a musician's musician. In addition to working with Little Feat for all these years, he also has pursued a parallel career as a session musician, where his virtuosity was much in demand by many of the greatest musicians and bands of our time, including the Doobie Brothers. (He has been their full-time pianist since 2015) 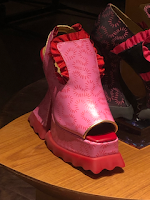 I spent a number of days listening to past interviews with Bill in an effort to find a different angle for the interview and the episode - one that doesn’t focus on the loss of key band members over the years, or Little Feat of the Past, but focuses on newer material and is forward looking.

Similar to what we’ve done on Pass the Jam, I wanted to do a deep dive with Bill into Musicality - the art and craft of songwriting and composing - the creative process the band follows to produce such amazing music so that up and coming

musicians can benefit from Bill’s knowledge, experience and wisdom.

One comment that Bill Payne made during an interview with the Little Feat Radio Station grabbed my attention. He said something to the effect that “if Little Feat survived the loss of Lowell George, Richie Hayward, and Paul Barrere, it will survive without Bill Payne” So this begs the metaphysical question,   “Who and What is Little Feat?” So this will lie at heart of my interview. 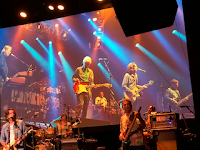 Well my 2-part interview with Bill Payne has dropped (links to both parts below). The trepidation I felt prior to the interview with Bill (the old adage, "Never meet your hero's as they are bound to disappoint kinda thing), quickly vanished once our conversation started.

Bill Payne is a "gentleman" in the true sense of the word - inquisitive, open-minded, a veracious learner, with a humbleness that is both genuine and refreshing. 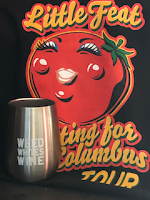 The Essence of Little Feat

The focus of "our conversation" was about discovering the essence of Little Feat, which lay beyond simply the musicians in the band - did we get there? ...I think so, or at least we did from my perspective.

To be sure, Little Feat is about the music and the songs as Bill stated, but it's more than this. It's about the entire "ecosystem" - The music, the songs, the art, the fans and the joy of being together and creating a shared experience.

It's an ecosystem where everyone in the band recognizes the contributions by all those who have come before, who have both helped to shape, preserve, and build-on that "Little Feat Sound".

It's about both "Hanging On To The Good Times", while continually expanding their vocabulary -  a fine layering, which comes from new members having the latitude to express themselves in their own terms, continually refining and defining the sound, which is most assuredly "Little Feat".

My heartfelt  thanks to @DennisMcNally and @BillPayne for their generosity of spirit and time without which this episode, and the ones that follow, would not have been possible - Thank you Amigos!

For What it's Worth - The Podcast Series FB Page 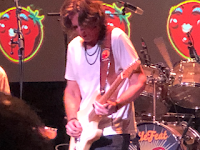 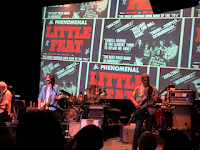 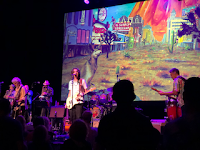 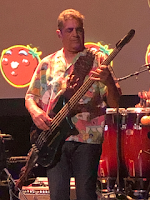